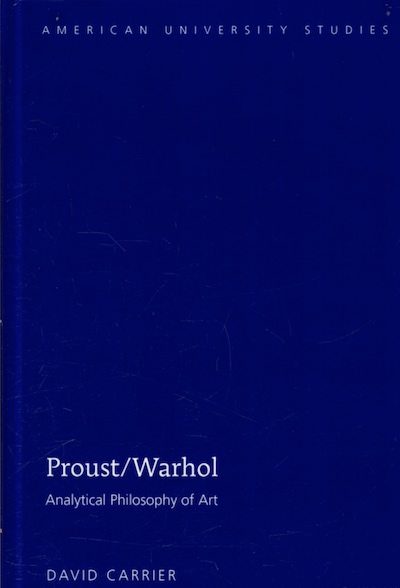 Two of the most important modernist artists, Marcel Proust and Andy Warhol, also developed aesthetic theories. Proust presents imaginary artists – a composer, a painter, and a novelist. Warhol made paintings and sculptures; created art history writing, fiction, and films; and sponsored a rock group. Warhol most likely never read Proust, but because their ways of thinking contrast dramatically, much can be learned about both men’s art by comparing: the imaginary painting described by Proust to Warhol’s Marilyn Diptych; the ways that Proust and Warhol understand art-making; how Proust and Warhol define art; and the ways that Elstir’s studio differs from Warhol’s factory. Also discussed is the relationship of their homosexuality to their art. Proust/Warhol: Analytical Philosophy of Art employs three key intellectual tools: the aesthetic theory of Arthur Danto, the account of Proust by Joshua Landy, and the analysis of the art of living by Alexander Nehamas. Proust/Warhol concludes with a discussion of an issue of particular importance for Warhol, the relationship between art and fashion.