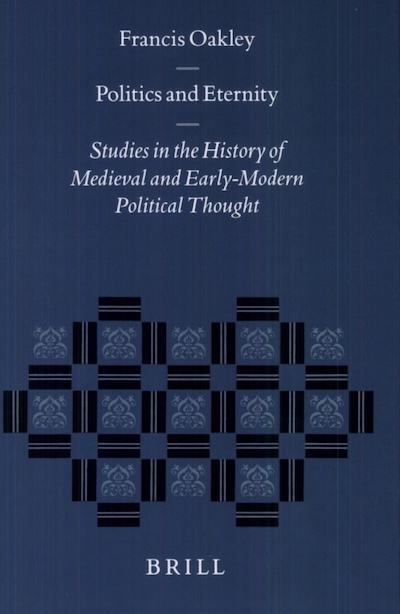 This collection of studies in the history of political thought from late antiquity to the early-eighteenth century ranges broadly across themes of kingship, political theology, constitutional ideas, natural-law thinking and consent theory. The studies are linked together by three shared characteristics. First, all of them explore the continuities that existed during those centuries between legal/political thinking and theology. Second, nearly all of them transgress the sharp dividing line traditionally drawn between the "medieval" and the " modern" which did so much in the past to distort our understanding of intellectual developments in the sixteenth and seventeenth centuries. Third, all of them raise historiographic questions or probe the metahistorical/methodological questions which have troubled the field for the past quarter-century and more.