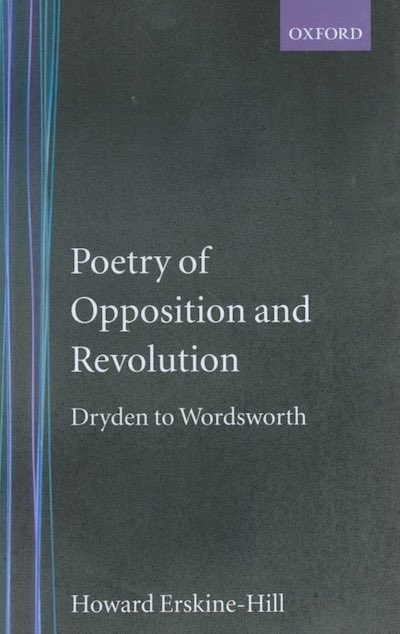 This is a major study of the relation between poetry and politics from the 1688 Revolution to the early years of the nineteenth century, focusing in particular on the works of Dryden, Pope, Johnson, and Wordsworth. Building on his argument in Poetry and the Realm of Politics: Shakespeare to Dryden (also available from OUP), Erskine-Hill argues that the major tradition of political allusion is not, as has often been argued, that of political allegory and overtly political poems, but rather a more shifting and less systematic practice, often involving equivocal or multiple reference.