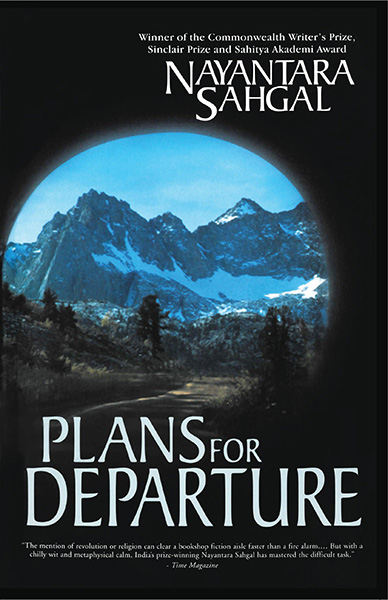 For the eminent scientist Sir Nitin Basu, spending the summer of 1914 at a remote hill station in the Himalayas, the arrival of a single Danish woman – hired as his secretary by his sister didi – is as alarming as an invasion. Tall, fair, unconventional Miss Anna Hansen is a feminist, a woman ahead of her times, enjoying a year of travel before her marriage to an English diplomat. Before her short stay in Himapur is over, she will have come dangerously close to loving another man, stumbled on the evidence, she believes, of a secret crime, and been shaken by a violet and mysterious death.Making up the small European community in Himapur are the missionary Marlowe Croft, a bullying, obsessive man determined at all costs to build a Christian church in the hills; his shrill, foolish wife Lulu, the chief obstacle to his mission; and the district Magistrate Henry Brewster, an enigmatic figure, ill-at-ease with the imperial authority he represents. Deserted by his wife Stella, for whom ge gave up his dreams of a new political life in England, he is still consumed with love for her. Anna’s fascination with rewster, her involvement in India’s growing political unrest, lead her to reconsider her future, but a horrific accident and a startling find in a forest glade make it impossible for her to stay. Tormented by unanswered questions, Anna makes her plans for departure, as the intimate tragedies of Himapur are swept away by the cataclysm of war.Plans for Departure is both a love story and mystery, set in a continent poised for revolution and a world on the edge of war. Nayantara Sahgal has a written a new novel of haunting power and superb craftsmanship, rich in intrigue, gentle humour and exquisite observation.