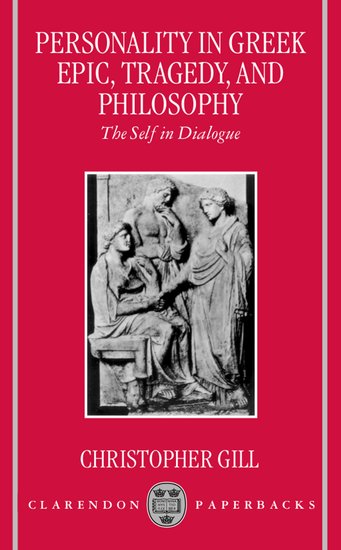 This is a major study of conceptions of selfhood and personality in Homer, Greek tragedy, and philosophy. The focus is on norms of personality in Greek psychology and ethics. The key thesis is that, to understand Greek thinking of this type, we need to counteract the subjective and individualistic aspects of our own thinking about the self. The book defines an 'objective-participant' conception of personality, symbolized by the idea of the person as an interlocutor in a series of types of psychological and ethical dialogue.

The book is both an original contribution to the history of ideas of personality and the self and also offers sustained analysis and new interpretations of a number of important topics in Greek philosophy and literature. These topics include: Homeric decision-making; the problematic hero in Homer's Iliad and Greek tragedy; monologues of self-division in Greek poetry; the tripartite division of the soul and ethical education in Plato's Republic; Aristotle's ideas about 'being yourself' and meeting the claims of others, and Greek philosophical thinking about what it means to be fully 'human', or 'divine'. The book is shaped as a response to recent work in the philosophy of mind, ethics, and personhood, as well as in classical scholarship. Clear and non-technical, with all Greek translated, the book brings out the continuing importance of ancient Greek thinking for contemporary study of ideas of personality and selfhood.