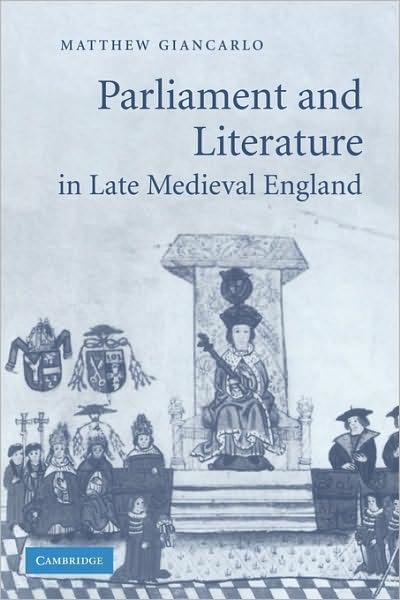 Parliament and Literature in Late Medieval England investigates the relationship between the development of parliament and the practice of English poetry in the later fourteenth and early fifteenth centuries. During this period, the bureaucratic political culture of parliamentarians, clerks, and scribes overlapped with the artistic practice of major poets like Chaucer, Gower, and Langland, all of whom had strong ties to parliament. Matthew Giancarlo investigates these poets together in the specific context of parliamentary events and controversies, as well as in the broader environment of changing constitutional ideas. Two chapters provide fresh analyses of the parliamentary ideologies that developed from the thirteenth century onward, and four chapters investigate the parliamentary aspects of each poet, as well as the later Lancastrian imitators of Langland. This study demonstrates the importance of the changing parliamentary environs of late medieval England and their centrality to the early growth of English narrative and lyric forms.