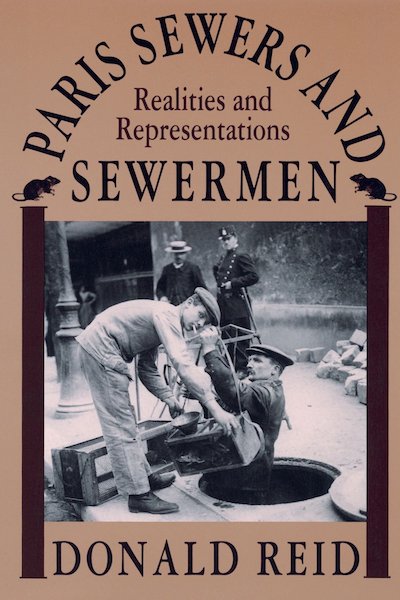 The expansion of the Paris sewer system during the Second Empire and Third Republic was both a technological and political triumph. The sewers themselves were an important cultural phenomenon, and the men who worked in them a source of fascination. Donald Reid shows that observing how such laborers as cesspool cleaners and sewermen present themselves and are represented by others is a way to reflect on the material and cultural foundations of everyday life.

For bourgeois urbanites, the sewer became the repository of latent anxieties about disease, disorder, and anarchy. The sewermen themselves formed a model army of labor in an era of social upheaval in the workplace. They were pioneers both in demanding the right of public servants to unionize and in securing social welfare measures. They were among the first French manual laborers to win the eight-hour day, paid vacations, and other benefits.

Reid transcends traditional categories by bringing together the infrastructure and the cultural supports of society, viewing technocracy and its achievements in technical, political and cultural terms. Historians of modern France, and Francophiles in search of the unusual, will welcome the cultural interfaces of urban history, labor history, and the history of technology his book provides. His text is enlivened by drawings and photographs of the life below Paris streets, and illuminated by references to literary sources such as Hugo’s Les Miserables and Giraudoux’s The Madwoman of Chaillot.