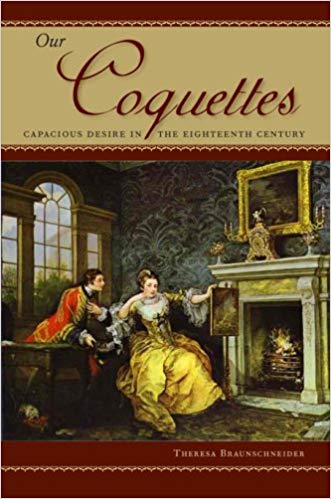 Before 1660, English readers and theatergoers had never heard of a "coquette"; by the early 1700s, they could hardly watch a play, read a poem, or peruse a newspaper without encountering one. Why does British literature of this period pay so much attention to vain and flirtatious young women? Our Coquettes examines the ubiquity of the coquette in the eighteenth century to show how this figure enables authors to comment upon a series of significant social and economic developments—including the growth of consumer culture, widespread new wealth, increased travel and global trade, and changes in the perception and practice of marriage. The book surveys stage comedies, periodical essays, satirical poems, popular songs, and didactic novels to show that the early coquette is a figure of capacious desire: she finds pleasure in a wide range of choices, refusing to narrow any field of possibilities (admirers, luxury goods, friends, pets, public gatherings) down to a single option. Whereas scholars of the period have generally read the coquette as a simple and self-evident type, Our Coquettes emphasizes what is strange and surprising about this figure, revealing the coquette to be a touchstone in developing discourses about sexuality, consumerism, empire, and modernity itself.