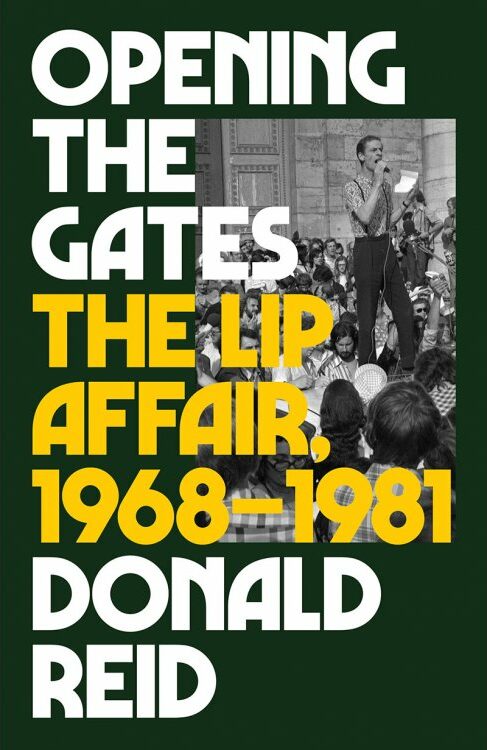 In 1973, faced with massive layoffs, workers at the legendary Lip watch firm in Besançon, France, occupied their factory to demand that no one lose their job. They seized watches and watch parts, assembled and sold watches, and paid their own salaries. Their actions recaptured the ideals of May 1968, when 11 million workers had gone on strike to demand greater autonomy and to overturn the status quo. Educated by ’68, the men and women at the Besançon factory formed committees to control every aspect of what became a national struggle. Female employees developed a working-class feminism, combating workplace sexual harassment and male control of the union. The endurance of the Lip movement and its appeal through the 1970s came from its rich democratic, participatory culture. The factory workers welcomed supporters and engaged with them, an expression of solidarity between blue-collar and student activists that built on the legacy of 1968.

Opening the Gates: The Lip Affair, 1968–1981 is the first account of all facets of the experience, drawing extensively on unpublished materials to reconstruct the vision and practice of those involved. The Lip workers’ struggle was the last widespread expression in France of the belief that creativity and moral autonomy are the driving force of social transformation. It brought about what Sartre called “the extension of the field of possibilities”—not just for workers, but for all those who gave the movement support and meaning.