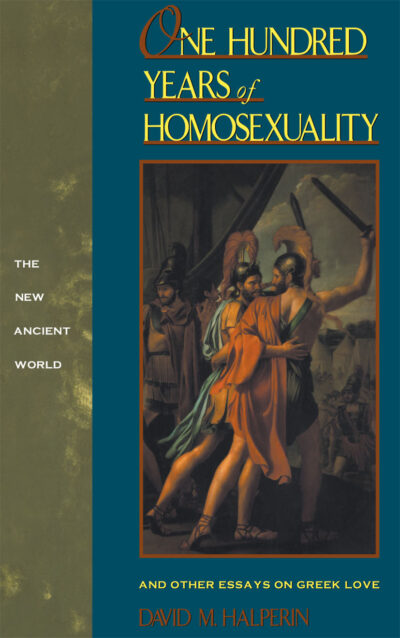 Halperin's subject is the erotics of male culture in ancient Greece. Arguing that the modern concept of "homosexuality" is an inadequate tool for the interpretation of these features of sexual life in antiquity, Halperin offers an alternative account that accords greater prominence to the indigenous terms in which sexual experiences were constituted in the ancient Mediterranean world. Wittily and provocatively written, Halperin's meticulously drawn windows onto ancient sexuality give us a new meaning to the concept of "Greek love."