By Philodemus
Edited and translated by Richard Janko (NHC Fellow, 1990–91) 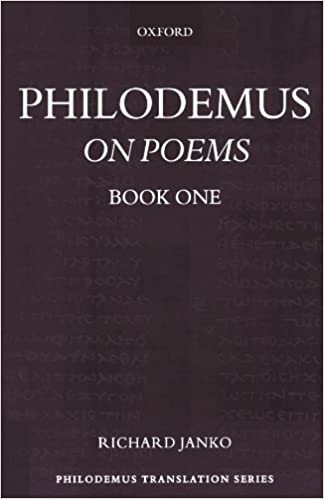 This edition of On Poems by Philodemus (c. 110-35 BC) reconstitutes the original sequence of the 200 existing fragments, according to a new method, while exploiting previously unknown manuscript sources and new techniques for reading the extant pieces. In thus restoring this important aesthetic treatise from antiquity, it makes a major addition to the corpus of classical literature.