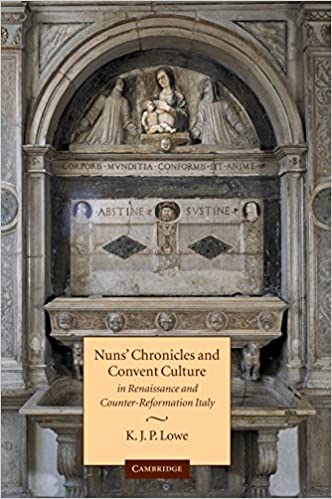 This well-illustrated book analyses convent culture in sixteenth-century Italy through the medium of three unpublished nuns' chronicles. The book uses a comparative methodology of 'connected differences' to examine the intellectual and imaginative achievement of the nuns, and to investigate how they fashioned and preserved individual and convent identities by writing chronicles. The chronicles themselves reveal many examples of nuns' agency, especially with regard to cultural creativity, and show that convent traditions determined cultural priorities and specialisms, and dictated the contours of convent ceremonial life.