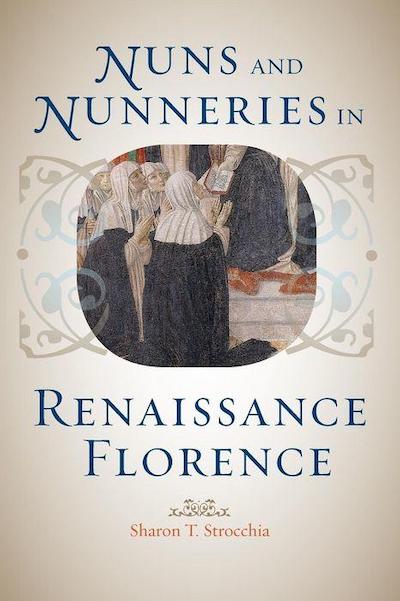 The 15th century was a time of dramatic and decisive change for nuns and nunneries in Florence. In the course of that century, the city’s convents evolved from small, semiautonomous communities to large civic institutions. By 1552, roughly one in eight Florentine women lived in a religious community. Historian Sharon T. Strocchia analyzes this stunning growth of female monasticism, revealing the important roles these women and institutions played in the social, economic, and political history of Renaissance Florence.

It became common practice during this time for unmarried women in elite society to enter convents. This unprecedented concentration of highly educated and well-connected women transformed convents into sites of great patronage and social and political influence. As their economic influence also grew, convents found new ways of supporting themselves; they established schools, produced manuscripts, and manufactured textiles.

Strocchia has mined previously untapped archival materials to uncover how convents shaped one of the principal cities of Renaissance Europe. She demonstrates the importance of nuns and nunneries to the booming Florentine textile industry and shows the contributions that ordinary nuns made to Florentine life in their roles as scribes, stewards, artisans, teachers, and community leaders. In doing so, Strocchia argues that the ideals and institutions that defined Florence were influenced in great part by the city’s powerful female monastics.

Nuns and Nunneries in Renaissance Florence shows for the first time how religious women effected broad historical change and helped write the grand narrative of medieval and Renaissance Europe. The book is a valuable text for students and scholars in early modern European history, religion, women’s studies, and economic history.