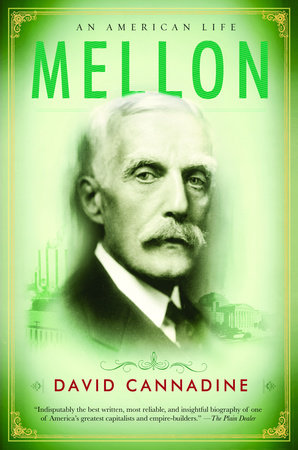 A landmark work from one of the preeminent historians of our time: the first published biography of Andrew W. Mellon, the American colossus who bestrode the worlds of industry, government, and philanthropy, leaving his transformative stamp on each.

Andrew Mellon, one of America’s greatest financiers, built a legendary personal fortune from banking to oil to aluminum manufacture, tracking America’s course to global economic supremacy. As treasury secretary under Presidents Harding, Coolidge, and finally Hoover, Mellon made the federal government run like a business–prefiguring the public official as CEO. He would be hailed as the architect of the Roaring Twenties, but, staying too long, would be blamed for the Great Depression, eventually to find himself a broken idol. Collecting art was his only nonprofessional gratification and his great gift to the American people, The National Gallery of Art, remains his most tangible legacy.