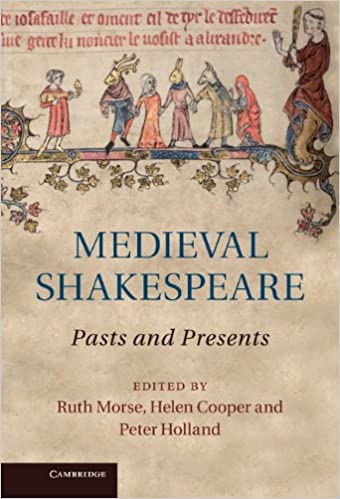 For many, Shakespeare represents the advent of modernity. It is easy to forget that he was in fact a writer deeply embedded in the Middle Ages, who inherited many of his shaping ideas and assumptions from the medieval past. This collection brings together essays by internationally renowned scholars of medieval and early modern literature, the history of the book and theatre history to present new perspectives on Shakespeare and his medieval heritage. Separated into four parts, the collection explores Shakespeare and his work in the context of the Middle Ages, medieval books and language, the British past, and medieval conceptions of drama and theatricality, together showing Shakespeare's work as rooted in late medieval history and culture. Insisting upon Shakespeare's complexity and medieval multiplicity, Medieval Shakespeare gives readers the opportunity to appreciate both Shakespeare and his period within the traditions that fostered and surrounded him.