Medieval Roles for Modern Times: Theater and the Battle for the French Republic - National Humanities Center 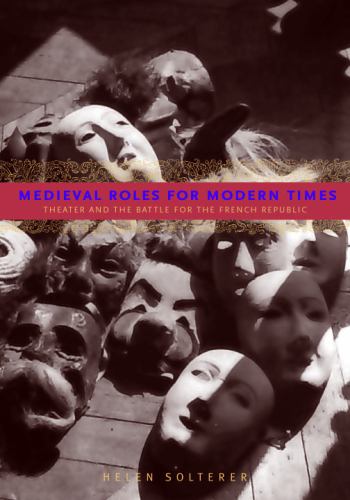 Ranging from France to Russia to America in the throes of world war and revolution, Medieval Roles for Modern Times investigates how critics and creators made medieval culture a part of their modern world through theatrical role-playing. On both the Left and the Right across Europe, partisans used drama to express the ideological struggles dividing them. Helen Solterer explores the case of the Théophiliens, a Parisian youth group in the 1930s and 1940s whose members included Roland Barthes and Alain Resnais. The performances of the troupe—from the Adam Play to the Mystery of the Passion—captured the paradoxes of the French Republic as it was breaking apart.

The book focuses on two key figures of the Théophilien troupe: founder Gustave Cohen and actor Moussa Abadi. Under Vichy, Cohen went into exile in America, while Abadi went underground. He established a network for refugee families and taught Jewish children role-playing skills to help them evade detection by the Gestapo. Abadi helped save hundreds of children from deportation, and his story of theater and Jewish resistance has never before been published.