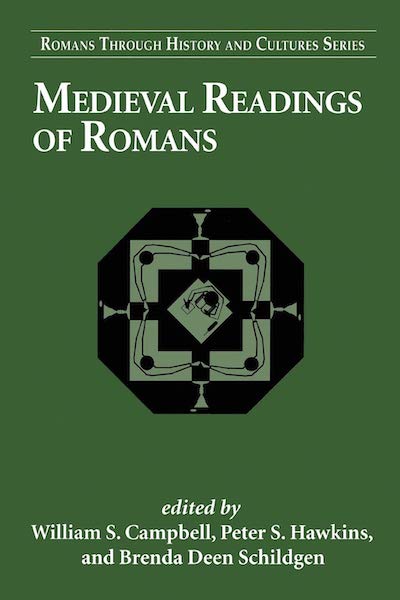 This sixth volume of the Romans through History and Culture series consists of 14 contributions by North-American and European medievalists and Pauline scholars who discuss significant readings of Romans through the twelfth and thirteenth centuries to the eve of the Reformation. The commentaries of Abelard, William of St. Thierry, Thomas Aquinas, and Nicolas of Lyra, and the wider influence of Romans as reflected in the letters of Heloise and the works of Dante demonstrate the reception of Romans at this period. Starting with an introduction inviting the reader to into the biblical environment of the Middle Ages and suggesting the varied ways in which Paul was understood in both high clerical culture and among the people; it also offers a summary of the work done by each of the authors. This volume attests the dominant role of scripture in communal life and witnesses to the pervasive influence of Paul's letter to the Romans in the flourishing discussions on Scripture and theology.