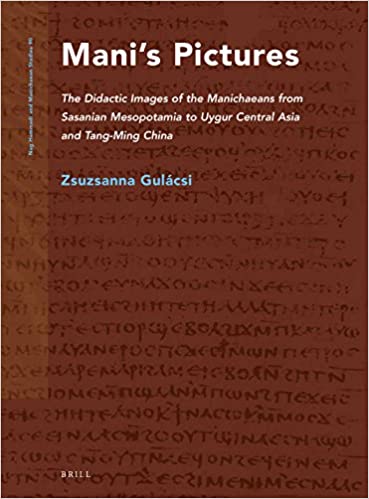 The founder of Manichaeism, Mani (216-274/277 CE), not only wrote down his teachings to prevent their adulteration, but also created a set of paintings—the Book of Pictures—to be used in the context of oral instruction. That pictorial handscroll and its later editions became canonical art for Mani's followers for a millennium afterwards. This richly illustrated study systematically explores the artistic culture of religious instruction of the Manichaeans based on textual and artistic evidence. It discusses the doctrinal themes (soteriology, prophetology, theology, and cosmology) depicted in Mani’s canonical pictures. Moreover, it identifies 10th-century fragments of canonical picture books, as well as select didactic images adapted to other, non-canonical art objects (murals, hanging scrolls, mortuary banners, and illuminated liturgical manuscripts) in Uygur Central Asia and Tang-Ming China.