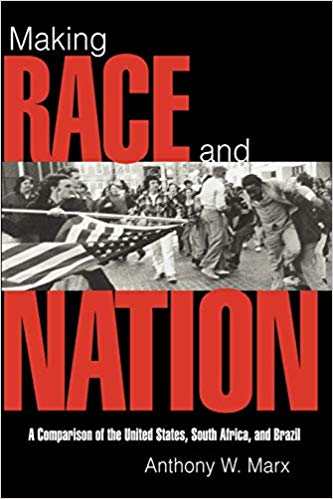 In this bold, original and persuasive book, Anthony W. Marx provocatively links the construction of nations to the construction of racial identity. Using a comparative historical approach, Marx analyzes the connection between race as a cultural and political category rooted in the history of slavery and colonialism, and the development of three nation states. He shows how each country's differing efforts to establish national unity and other institutional impediments have served, through the nation-building process and into their present systems of state power, to shape and often crystallize categories and divisions of race. Focusing on South Africa, Brazil and the United States, Marx illustrates and elucidates the historical dynamics and institutional relationships by which the construction of race and the development of these nations have informed one another. Deftly combining comparative history, political science and sociological interpretation, sharpened by over three-hundred interviews with key informants from each country, he follows this dialogue into the present to discuss recent political mobilization, popular protest and the current salience of race issues.