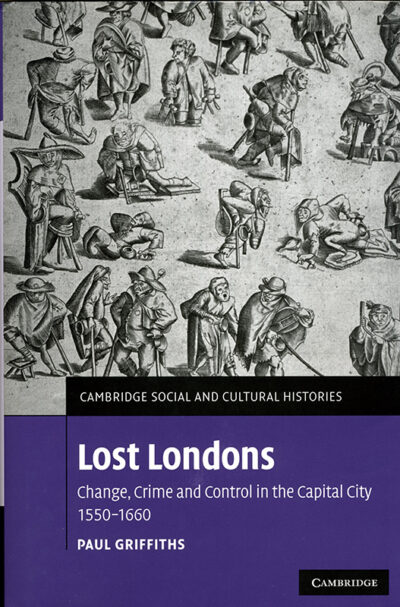 A major study of the transformation of early modern London. By focusing on policing, prosecution, and the language and perceptions of the authorities and the underclasses, Paul Griffiths explores the swift growth of London and the changes to its cultures, communities, and environments. Through a series of thematic chapters he maps problem areas and people; reconstructs the atmosphere of the streets; and traces the development of policing in the city. The book provided the first full study of petty crime before 1660, analysing worlds and words of crime, criminal rings and cultures, and tracking changing meanings of crime to reveal alternative emphases on environmental crimes and crimes committed by women. It also examines the key roles of Bridewell prison, hospitals, medical provision, and penal practices, shedding light on investigation, detection, surveillance, and public prosecution. Viewed through this fascinating account, the city will never look the same again.