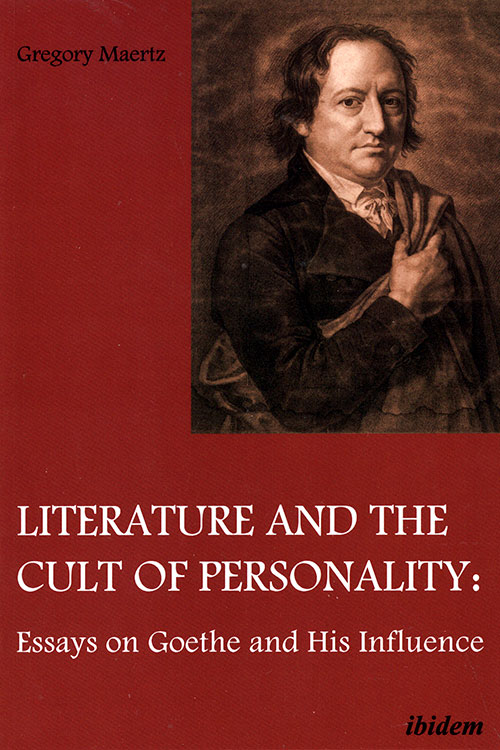 The construction of Johann Wolfgang von Goethe as an Anglo-American sage and literary icon was the product of a cult of personality that lay at the center of nineteenth-century cultural politics. A reconstruction of the culture wars fought over Goethe's authority, a previously hidden chapter in the intellectual history of the period ranging from the late eighteenth century to the threshold of Modernism, is the focus of Literature and the Cult of Personality. Marginal as well as canonical writers and critics figured prominently in this process, and Literature and the Cult of Personality offers insight into the mediation activities of Mary Wollstonecraft, Henry Crabb Robinson, the canonical Romantic poets, Thomas Carlyle, Margaret Fuller, George Eliot, Matthew Arnold, and others. For women writers and Jacobins, Scots, and Americans, translating Goethe served as an empowering cultural platform that challenges the myth of the self-sufficiency of British literature. Reviewing and translating German authors provided a means of gaining literary enfranchisement and offered a paradigm of literary development according to which 're-writers' become original writers through an apprenticeship of translation and reviewing. In the diverse and fascinating body of critical writing examined in this book, textual exegesis plays an unexpectedly minor role; in its place, a full-blown cult of personality emerges along with a blueprint for the ideology of hero-worship that is more fully mapped out in the cultural and political life of twentieth-century Europe.

Maertz, Gregory (NHC Fellow, 2008–09). Literature and the Cult of Personality: Essays on Goethe and His Influence. Stuttgart, Germany: Ibidem Press, 2017.