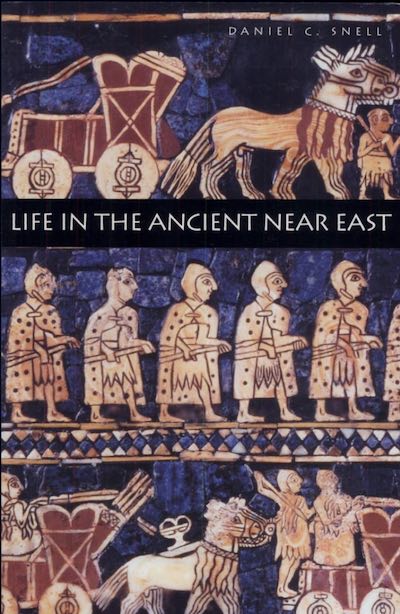 In this sweeping overview of life in the ancient Near East, Daniel Snell surveys the history of the region from the invention of writing five thousand years ago to Alexander the Great’s conquest in 332 B.C.E. The book is the first comprehensive history of the social and economic conditions affecting ordinary people and of the relations between governments and peoples in ancient Egypt, Jordan, Israel, Iran, Iraq, Lebanon, Syria, and Turkey. To set Near East developments in a broader context, the author also provides brief contrasting views of India, China, Greece, and Etruscan Italy.

Snell organizes his book chronologically in time spans of about five hundred years and considers broad continuities. Drawing on the latest scholarship in many fields and in many languages, he sets forth a detailed picture of what is known about the demography, social groups, family, women, labor, land and animal management, crafts, trade, money, and government of the ancient Near East. For general readers with an interest in historical events that have influenced the development of Europe and the Middle East, for specialists seeking a broader understanding of early periods of Middle Eastern history, and for anyone with an interest in the Bible, this book offers a fascinating tour of life in ancient Western Asia.