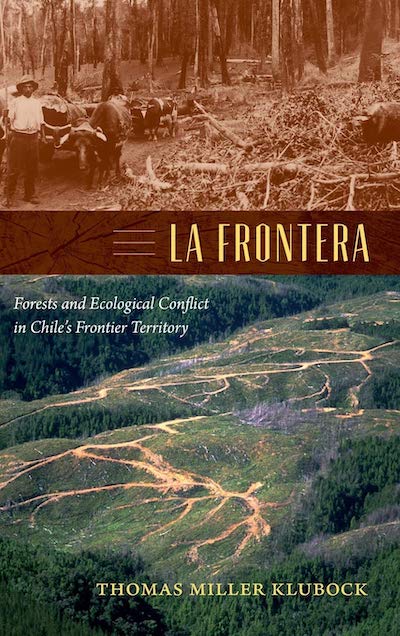 In La Frontera, Thomas Miller Klubock offers a pioneering social and environmental history of southern Chile, exploring the origins of today’s forestry "miracle" in Chile. Although Chile's forestry boom is often attributed to the free-market policies of the Pinochet dictatorship, La Frontera shows that forestry development began in the early twentieth century when Chilean governments turned to forestry science and plantations of the North American Monterey pine to establish their governance of the frontier's natural and social worlds. Klubock demonstrates that modern conservationist policies and scientific forestry drove the enclosure of frontier commons occupied by indigenous and non-indigenous peasants who were defined as a threat to both native forests and tree plantations. La Frontera narrates the century-long struggles among peasants, Mapuche indigenous communities, large landowners, and the state over access to forest commons in the frontier territory. It traces the shifting social meanings of environmentalism by showing how, during the 1990s, rural laborers and Mapuches, once vilified by conservationists and foresters, drew on the language of modern environmentalism to critique the social dislocations produced by Chile's much vaunted neoliberal economic model, linking a more just social order to the biodiversity of native forests.