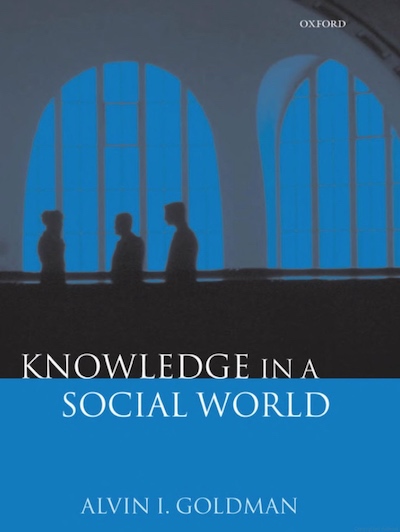 A certain conception of social epistemology is articulated and applied to numerous social arenas. This conception retains epistemology's traditional interest in truth and reliable inquiry, but replaces its customary emphasis on solitary knowers with a focus on social institutions and interpersonal practices. Postmodernism, science studies, and pragmatism pose worries about the meaning and attainability of objective truth and knowledge. After laying these concerns to rest, “veritistic” social epistemology is advanced as a normative discipline seeking practices and institutions that would best foster knowledge. The book explores forms and methods of communication, including norms of argumentation, information technology, and institutional structures governing speech and the media. Social dimensions of knowledge quests are explored in science, law, democracy, and education. The book examines popular topics in contemporary epistemology such as testimony and Bayesianism, while breaking new ground by connecting epistemology with historically unrelated branches of philosophy such as political and legal theory. Democracy's success, it is argued, requires the attainment of certain epistemic desiderata, and substantive justice depends on well‐chosen procedures of legal evidence.