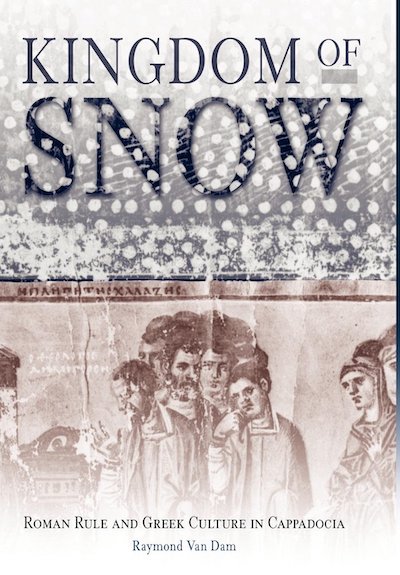 Cappadocia had long been a marginal province in the eastern Roman empire, high on a rugged plateau in central Asia Minor and hardly influenced by classical Greek culture. But during the fourth century emperors visited repeatedly as they traveled between Constantinople and Antioch. In Cappadocia they met provincial notables and prominent churchmen, including Basil of Caesarea, his brother Gregory of Nyssa, and their friend Gregory of Nazianzus. These three Cappadocian Fathers were already competing with local landowners over the distribution of resources. As patrons representing their communities, they negotiated with provincial administrators and presented petitions to the imperial court. They also confronted emperors over Christian orthodoxy and Greek culture.

Kingdom of Snow investigates the impact of Roman rule in a remote province and the fate of Greek culture in an increasingly Christian society. The extensive writings of the Cappadocian Fathers combine to make Cappadocia one of the best-documented regions in the later Roman empire. Raymond Van Dam highlights the sometimes passionate relationships among bishops, local notables, imperial magistrates, and emperors as they struggled to gain prestige and power. In the drama of their personal confrontations they measured themselves and found their identities.