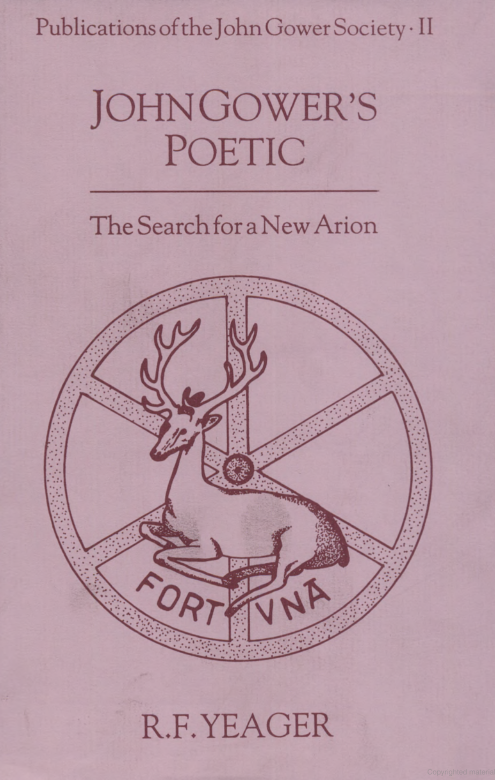 John Gower's Poetic is a new study of Gower's complete poetry. Considered are Vox Clamantis, Mirour de l'Omme, Traitié pour les Amantz marietz, Cinkante Balades, Confessio Amantis, and `To King Henry IV, In Praise ofPeace'. In fiveintegrative chapters, Yeger demonstrates that Gower - far from being the lugubrious moralist and journeyman craftsman as which he is often portrayed -was in fact a writer of broad learning and ambition, whose work was consistently shaped bya poetic theory of profound originality. To demonstrate this, John Gower's Poetic re-examines Gower's work from the basic levels of orthography, grammar, vocabulary, and metrics, to his enduringmacrocosmic themes; in the process, Yeager shows that Gower saw himself as an `auctor', or `poete', in the manner of Dante, Machaut, Froissart, and Deschamps. The book concludes with an extensive, fresh reading of Gower's greatestpoem, the Confessio Amantis. Professor R. F. Yeager teaches in the Department of English and Foreign Languages, University of West Florida, Pensacola.