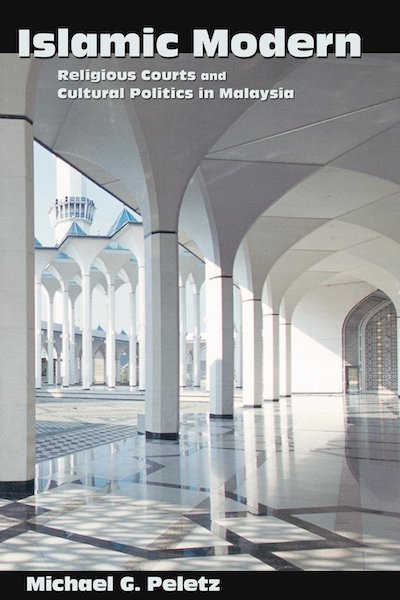 How do Islamic courts work? What sorts of cultural understandings inform judicial process and litigants’ strategies? How do women’s claims fare? Do these courts promote social tolerance? And how do states use them to consolidate power, build nations, and shape a modern citizenry? These are among the questions addressed in this book, which not only enhances our understanding of diversity among and within the world’s Muslim communities, but also provides ethnographic, historical, and transnational perspectives on contemporary Islam in the shifting landscape of a strategically important region of the world.

Focusing on Malaysia, which has sustained more rapid development than probably any other Muslim nation, Michael Peletz explores the culture, political economy, and history of Islamic courts. He demonstrates that they are centrally involved in the creation and policing of new Malay-Muslim identities (such as middle-class urban dwellers) that the state sees as the basis for a national polity that will be highly competitive. He also shows how and why Islamic courts are key sites in struggles involving ethnic and religious groups, social classes, political parties, and others with a major stake in defining Islam’s role with respect to the maintenance of sovereignty and the achievement of modernity and civil society in an age of globalization.

Peletz deepens our knowledge of Islamic political development in a country very much concerned with forging an Islamic modernity viewed by its leaders as a viable alternative to Western-style modernization.