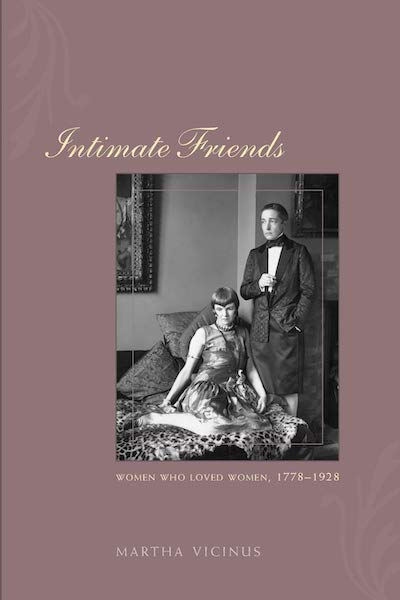 Vicinus also considers the nineteenth-century roots of such contemporary issues as homosexual self-hatred, female masculinity, and sadomasochistic desire. Drawing upon diaries, letters, and other archival sources, she brings to life a variety of well known and historically less recognized women, ranging from the predatory Ann Lister, who documented her sexual activities in code; to Mary Benson, the wife of the Archbishop of Canterbury; to the coterie of wealthy Anglo-American lesbians living in Paris.

In vivid and colorful prose, Intimate Friends offers a remarkable picture of women navigating the uncharted territory of same-sex desire.