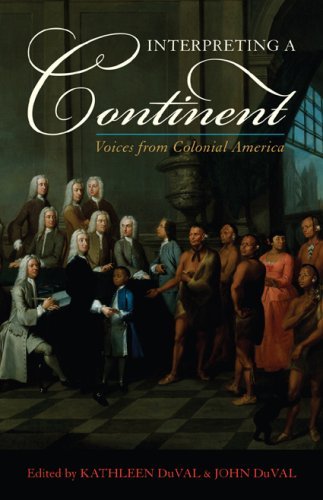 This reader provides students with key documents from colonial American history, including new English translations of non-English documents. The documents in this collection take the reader beyond the traditional story of the English colonies. Readers explore the Spanish, French, Dutch, Russian, German, and even Icelandic colonial efforts throughout North America, including California, New Mexico, Texas, the Great Plains, Louisiana, Florida, Virginia, Pennsylvania, and New England. Throughout, the collection provides not only the perspectives of Europeans but also of Native Americans and Africans. By looking beyond traditional sources, students see the power and diversity of Native Americans and learn that European domination of the continent was not inevitable. They see different forms of slavery and ways that slaves dealt with their captivity. By considering multiple perspectives, students learn that colonial history was largely the attempts of various peoples to understand strangers and adapt them to their own will.