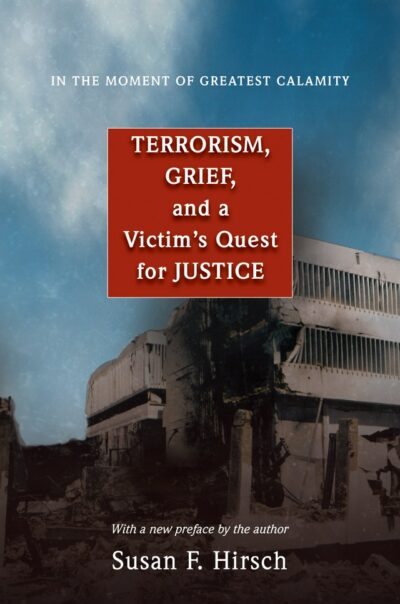 On August 7, 1998, bombs exploded at two United States embassies in East Africa. American anthropologist Susan Hirsch and her husband Jamal, a Kenyan, were among the thousands of victims, and Jamal died. From there, Hirsch went on to face devastating grief with the help of friends and families on two continents, observing the mourning rituals of her husband’s community to honor him. When the alleged bombers were captured and sent to New York to stand trial, she witnessed firsthand the attempts of America’s criminal justice system to handle terrorism through the law.

In the Moment of Greatest Calamity is her story — a tale told on many levels: personal, anthropological, legal, and, finally, political. The book’s central chapters describe Hirsch’s experience of the bombing trials in a Manhattan federal court in 2001, including a behind-the-scenes look at the investigation leading up to the trial, encounters with some of the FBI’s leading terrorism investigators, and many moments of drama from the proceedings themselves. Hirsch reveals the inner conflict that results from her opposition to the death penalty and concludes that the trial was both flawed and indispensable.

Hirsch’s story of this tragedy and its legal aftermath comes to life through — and is enhanced by — her skills as a social scientist. Her unique viewpoint makes it unlike any other story about terrorism.