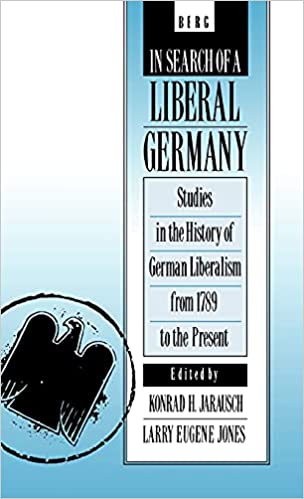 A critical re-examination by American, British and German historians of the history of German liberalism exploring the interconnections between liberal currents in culture, society, and politics. By focusing on local and regional developments, this collection also suggests that the failure of German liberalism was by no means as complete or as widespread as the traditional literature has tended to argue.

Jones, Larry Eugene (NHC Fellow, 1988–89), ed. In Search of a Liberal Germany: Studies in the History of German Liberalism from 1789 to the Present. Edited by Larry Eugene Jones and Konrad H. Jarausch. New York: Berg, 1990.