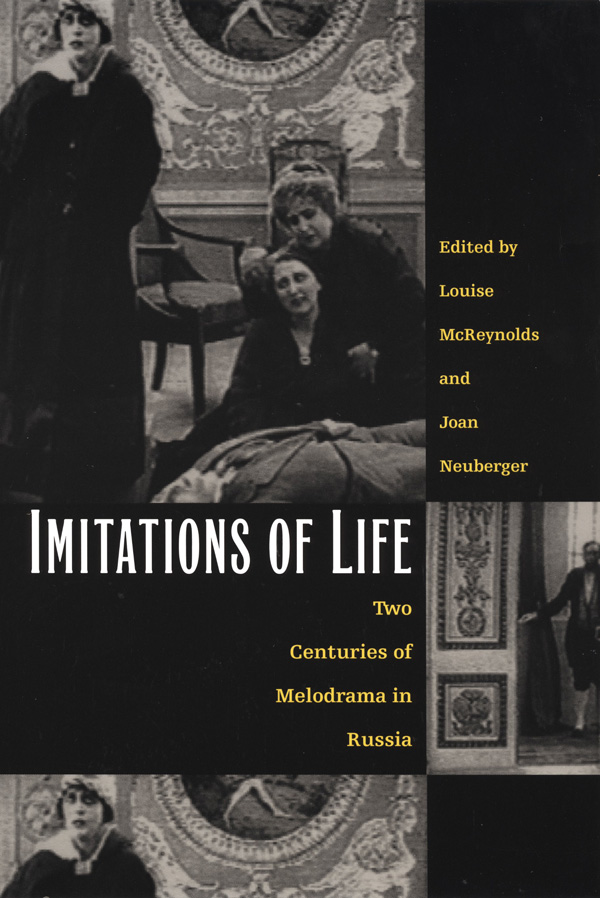 Imitations of Life views Russian melodrama from the eighteenth century to today as an unexpectedly hospitable forum for considering social issues. The contributors follow the evolution of the genre through a variety of cultural practices and changing political scenarios. They argue that Russian audiences have found a particular type of comfort in this mode of entertainment that invites them to respond emotionally rather than politically to social turmoil.

Drawing on a wide variety of sources, including plays, lachrymose novels, popular movies, and even highly publicized funerals and political trials, the essays in Imitations of Life argue that melodrama has consistently offered models of behavior for times of transition, and that contemporary televised versions of melodrama continue to help Russians cope with national events that they understand implicitly but are not yet able to articulate. In contrast to previous studies, this collection argues for a reading that takes into account the subtle but pointed challenges to national politics and to gender and class hierarchies made in melodramatic works from both the nineteenth and twentieth centuries. Collectively, the contributors shift and cross borders, illustrating how the cultural dismissal of melodrama as fundamentally escapist and targeted primarily at the politically disenfranchised has subverted the drama’s own intrinsically subversive virtues.
Imitations of Life will interest students and scholars of contemporary Russia, and Russian history, literature, and theater.