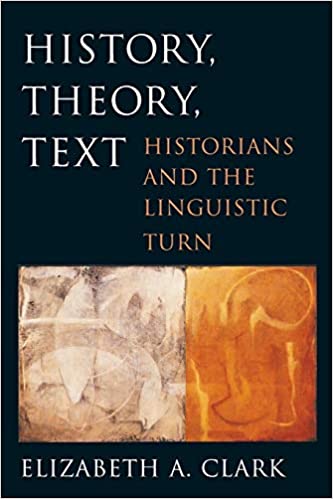 In this work of sweeping erudition, one of our foremost historians of early Christianity considers a variety of theoretical critiques to examine the problems and opportunities posed by the ways in which history is written. Elizabeth Clark argues forcefully for a renewal of the study of premodern Western history through engagement with the kinds of critical methods that have transformed other humanities disciplines in recent decades.

History, Theory, Text provides a user-friendly survey of crucial developments in nineteenth- and twentieth-century debates surrounding history, philosophy, and critical theory. Beginning with the “noble dream” of “history as it really was” in the works of Leopold von Ranke, Clark goes on to review Anglo-American philosophies of history, schools of twentieth-century historiography, structuralism, the debate over narrative history, the changing fate of the history of ideas, and the impact of interpretive anthropology and literary theory on current historical scholarship. In a concluding chapter she offers some practical case studies to illustrate how attending to theoretical considerations can illuminate the study of premodernity.

Written with energy and clarity, History, Theory, Text is a clarion call to historians for richer and more imaginative use of contemporary theory.