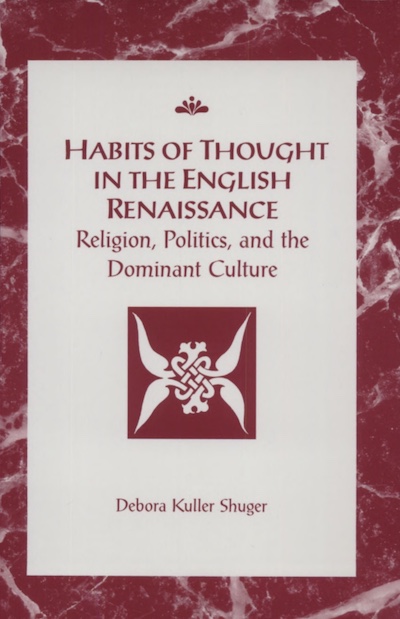 When attempting to globally divide ideas into orthodox and subversive categories, it is not always clear what precisely is subversive to the dominant ideology and vice versa. Going against recent trends in English Renaissance studies, Deborah Shuger examines orthodox, rather than subversive, methods of thought in the English Renaissance. Instead of finding a monolithic, unified body of thought, she reveals a remarkably non-uniform 'orthodox' ideology containing a wide range of views. Shuger's approach also re-examines and re-legitimizes the investigation of the connections between religion and literature. First published in 1990, Habits of Thought in the English Renaissance presaged an expanding and progressively more popular mode of inquiry in English Renaissance scholarship.