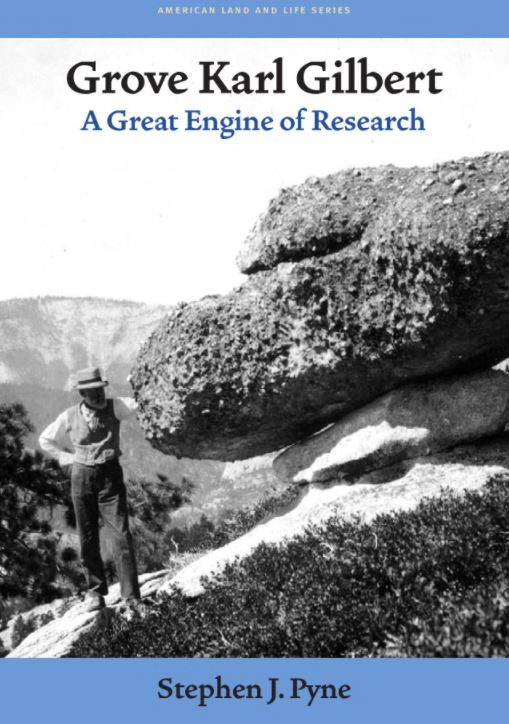 As Stephen Pyne reveals in his biography, few other scientists can match Grove Karl Gilbert’s range of talents. A premier explorer of the American West who made major contributions to the cascade of new discoveries about the earth, Gilbert described two novel forms of mountain building, invented the concept of the graded stream, inaugurated modern theories of lunar origin, helped found the science of geomorphology, and added to the canon of conservation literature.
Gilbert knew most of geology's grand figures--including John Wesley Powell, Clarence Dutton, and Clarence King--and Pyne's chronicle of the imperturbable, quietly unconventional Gilbert is couterpointed with sketches of these prominent scientists. The man who wrote that "happiness is sitting under a tent with walls uplifted, just after a brief shower,", created answers to the larger questions of the earth in ways that have become classics of his science.