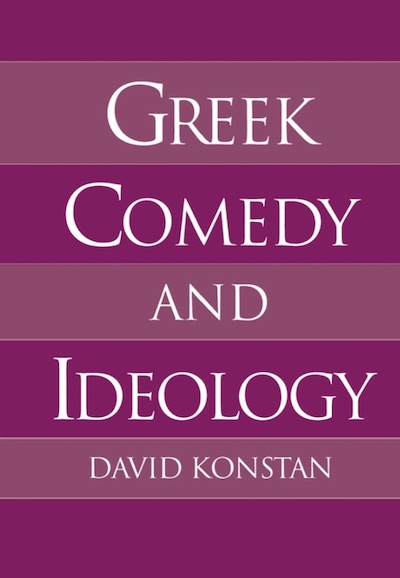 In comedy, happy endings resolve real-world conflicts. These conflicts, in turn, leave their mark on the texts in the form of gaps in plot and inconsistencies of characterization. Greek Comedy and Ideology analyzes how the structure of ancient Greek comedy betrays and responds to cultural tensions in the society of the classical city-state. It explores the utopian vision of Aristophanes' comedies--for example, an all-powerful city inhabited by birds, or a world of limitless wealth presided over by the god of wealth himself--as interventions in the political issues of his time. David Konstan goes on to examine the more private world of Menandrean comedy (including two adaptations of Menander by the Roman playwright Terence), in which problems of social status, citizenship, and gender are negotiated by means of elaborately contrived plots. In conclusion, Konstan looks at an imitation of ancient comedy by Moliére, and the way in which the ideology of emerging capitalism transforms the premises of the classical genre.