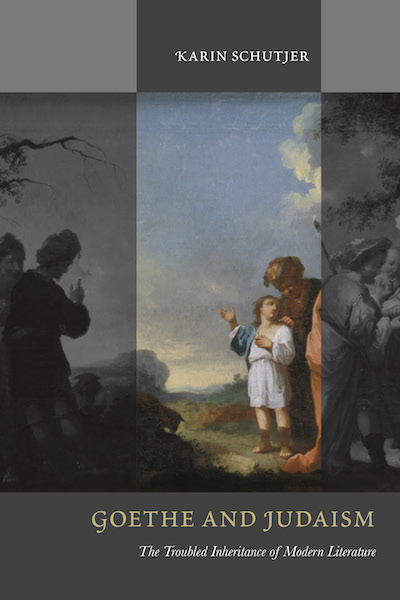 In Goethe and Judaism, Karin Schutjer examines the iconic German writer’s engagement with, and portrayal of, Judaism. Her premise is that Goethe’s conception of modernity—his apprehensions as well as his most affirmative vision concerning the trajectory of his age—is deeply entwined with his conception of Judaism. Schutjer argues that behind his very mixed representations of Jews and Judaism stand crucial tensions within his own thinking and a distinct anxiety of influence. Goethe draws, for example, from the Jewish ban on idolatry for his own semiotics, from the narratives of nomadic wanderings in the Hebrew Bible for his own trope of the existential wanderer, from the history of Jewish exile for his own emergent conception of a German Kulturnation. Schutjer thus uncovers the surprising debt to Judaism owed by one the most formative thinkers in German history.