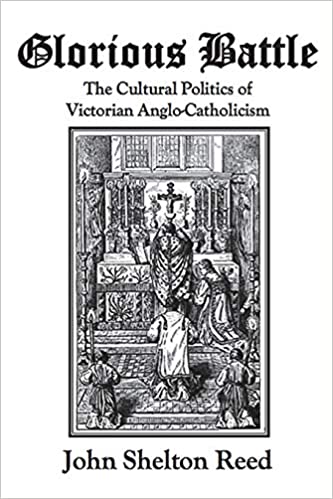 Reed identifies Anglo-Catholicism as a countercultural movement, in some ways not unlike the counterculture of the 1960s, one that championed practices that were symbolic affronts to some of the central values of the dominant middle-class culture of its time. He identifies certain members of the clergy (including John Henry Newman and his circle), the urban poor, women, and youth of both sexes, expecially those who were put off by "muscular Christianity," as those most attracted both to what the movement had to offer and to the shock value it gave to the institutions, classes, and individuals whom they despised. Each of these component groups can be seen as culturally subordinate or in decline--threatened, oppressed, or at least bored by the Victorian values that the movement challenged--and thus ready to hear subversive messages.