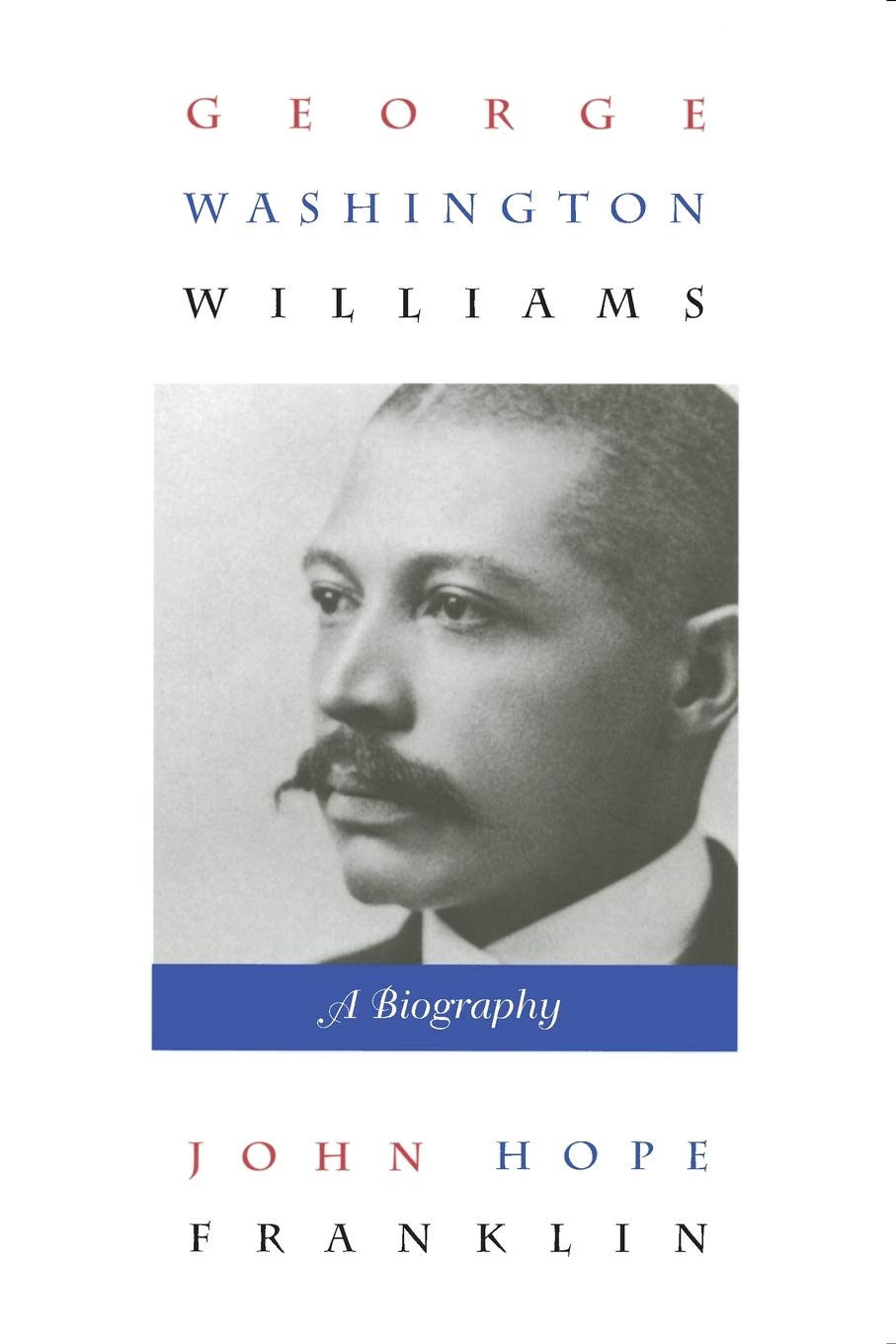 Chicago: The University of Chicago Press, 1985

In George Washington Williams, John Hope Franklin reconstructs the life of the controversial, self-made black intellectual who wrote the first history of African Americans in the United States. Awarded the Clarence L. Holte Literary Prize, this book traces Franklin’s forty-year quest for Williams’s story, a story largely lost to history until this volume was first published in 1985. The result, part biography and part social history, is a unique consideration of a pioneering historian by his most distinguished successor.
Williams, who lived from 1849 to 1891, had a remarkable career as soldier, minister, journalist, lawyer, politician, freelance diplomat, and African traveler, as well as a historian. While Franklin reveals the accomplishments of this neglected figure and emphasizes the racism that curtailed Williams’s many talents, he also highlights the personal weaknesses that damaged Williams’s relationships and career. Williams led the way in presenting African American history accurately through the use of oral history and archival research, sought to legitimize it as a field of historical study, and spoke out in support of an American Negro Historical Society and as a critic of European imperialism in Africa. He also became erratic and faithless to his family and creditors and died at the age of forty-one, destitute and alienated from family and friends. George Washington Williams is nothing less than a classic biography of a brilliant though flawed individual whose History of the Negro Race in America remains a landmark in African American history and American intellectual history.