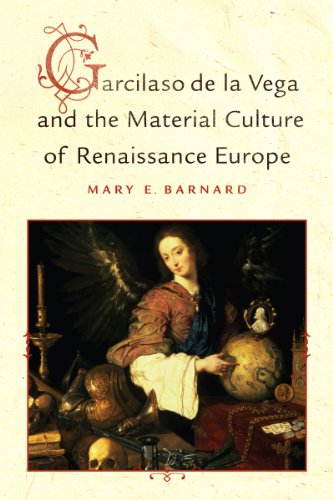 Garcilaso de la Vega and the Material Culture of Renaissance Europe examines the role of cultural objects in the lyric poetry of Garcilaso de la Vega, the premier poet of sixteenth-century Spain. As a pioneer of the “new poetry” of Renaissance Europe, aligned with the court, empire, and modernity, Garcilaso was fully attuned to the collection and circulation of luxury artefacts and other worldly goods. In his poems, a variety of objects, including tapestries, paintings, statues, urns, mirrors, and relics participate in lyric acts of discovery and self-revelation, reveal memory as contingent and unstable, expose knowledge of the self as deceptive, and show how history intersects with the ideology of empire.

Mary E. Barnard’s study argues persuasively that the material culture of early sixteenth-century Europe embedded within Garcilaso’s poems offers a key to understanding the interplay between objects and texts that make those works such vibrant inventions.