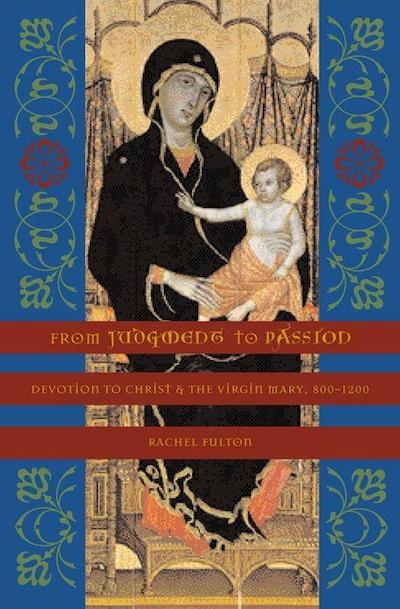 Devotion to the crucified Christ is one of the most familiar, yet most disconcerting artifacts of medieval European civilization. How and why did the images of the dying God-man and his grieving mother achieve such prominence, inspiring unparalleled religious creativity as well such imitative extremes as celibacy and self-flagellation? To answer this question, Rachel Fulton ranges over developments in liturgical performance, private prayer, doctrine, and art. She considers the fear occasioned by the disappointed hopes of medieval Christians convinced that the apocalypse would come soon, the revulsion of medieval Jews at being baptized in the name of God born from a woman, the reform of the Church in light of a new European money economy, the eroticism of the Marian exegesis of the Song of Songs, and much more.

Devotion to the crucified Christ is one of the most familiar yet disconcerting artifacts of medieval European civilization. How and why did the images of the dying God-man and his grieving mother achieve such prominence, inspiring unparalleled religious creativity and emotional artistry even as they fostered such imitative extremes as celibacy, crusade, and self-flagellation?

Magisterial in style and comprehensive in scope, From Judgment to Passion is the first systematic attempt to explain the origins and initial development of European devotion to Christ in his suffering humanity and Mary in her compassionate grief. Rachel Fulton examines liturgical performance, doctrine, private prayer, scriptural exegesis, and art in order to illuminate and explain the powerful desire shared by medieval women and men to identify with the crucified Christ and his mother.

The book begins with the Carolingian campaign to convert the newly conquered pagan Saxons, in particular with the effort to explain for these new converts the mystery of the Eucharist, the miraculous presence of Christ's body at the Mass. Moving on to the early eleventh century, when Christ's failure to return on the millennium of his Passion (A.D. 1033) necessitated for believers a radical revision of Christian history, Fulton examines the novel liturgies and devotions that arose amid this apocalyptic disappointment. The book turns finally to the twelfth century when, in the wake of the capture of Jerusalem in the First Crusade, there occurred the full flowering of a new, more emotional sensibility of faith, epitomized by the eroticism of the Marian exegesis of the Song of Songs and by the artistic and architectural innovations we have come to think of as quintessentially high medieval.

In addition to its concern with explaining devotional change, From Judgment to Passion presses a second, crucial question: How is it possible for modern historians to understand not only the social and cultural functions but also the experience of faith—the impulsive engagement with the emotions, sometimes ineffable, of prayer and devotion? The answer, magnificently exemplified throughout this book's narrative, lies in imaginative empathy, the same incorporation of self into story that lay at the heart of the medieval effort to identify with Christ and Mary in their love and pain.