Freud and the Culture of Psychoanalysis: Studies in the Transition from Victorian Humanism to Modernity - National Humanities Center 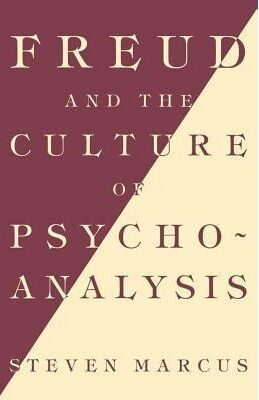 Steven Marcus discusses Freud's famous cases "Dora" and "The Rat Man," as well as the Freud--Fliess correspondence, the Three Essays on the Theory of Sexuality, and the evolution of Freud's notion of the superego. Through his close reading of various of Freud's theoretical and clinical texts, he is able to asses Freud both as an exemplary late Victorian and as a pivotal figure in the creation of modern thought and culture.