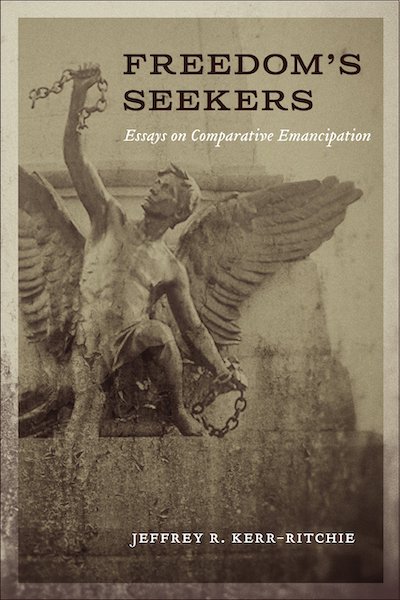 Jeffrey R. Kerr-Ritchie’s Freedom’s Seekers offers a bold and innovative intervention into the study of emancipation as a transnational phe-nomenon and serves as an important contribution to our understanding of the remaking of the nineteenth-century Atlantic Americas.

Drawing on decades of research into slave and emancipation societies, Kerr-Ritchie is attentive to those who sought but were not granted freedom, and those who resisted enslavement individually as well as collectively on behalf of their communities. He explores the many roles that fugitive slaves, slave soldiers, and slave rebels played in their own societies. He likewise explicates the lives of individual freedmen, freedwomen, and freed children to show how the first free-born generation helped shape the terms and conditions of the post-slavery world.

Freedom’s Seekers is a signal contribution to African Diaspora studies, especially in its rigorous respect for the agency of those who sought and then fought for their freedom, and its consistent attention to the transnational dimensions of emancipation.