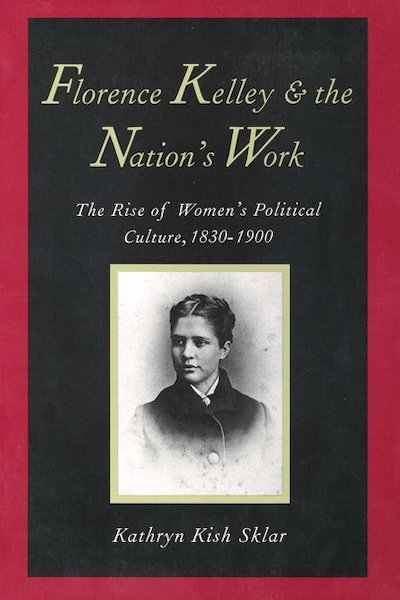 This masterful biography by one of America's foremost historians of women tells the story of Florence Kelley, a leading reformer in the Progressive Era. The book also serves as a political history of the United States during a period of transforming change when women worked to end the abuses of unregulated industrial capitalism. Kelley's story shows how changes in women's public culture combined with changes in men's public culture to produce results that neither could have achieved alone.

In this volume, the first of two, Kathryn Kish Sklar explores the decades between 1830 and 1900, an era when women's organizations lent unprecedented power to their activism. After analyzing how earlier generations set the stage for women's centrality in the 1890s, she depicts the first forty years of Florence Kelley's life, telling of her childhood as a member of an elite Philadelphia family, her graduation from Cornell University in 1882, her immersion in European socialism, her search for a meaningful place within American political culture, and her rise to extraordinary public power in Chicago as a resident at Jane Addams's Hull House. Kelley's long career demonstrates that women's activism embodied the most deeply rooted characteristics of the American polity, particularly American traditions of voluntarism and limited government, the weakness of class as a vehicle for political mobilization, and the strength of gender. During the crisis-ridden years of massive immigration, industrialization, and urbanization between 1870 and 1900, Florence Kelley and other women offered an effective alternative to the male-dominated status quo.