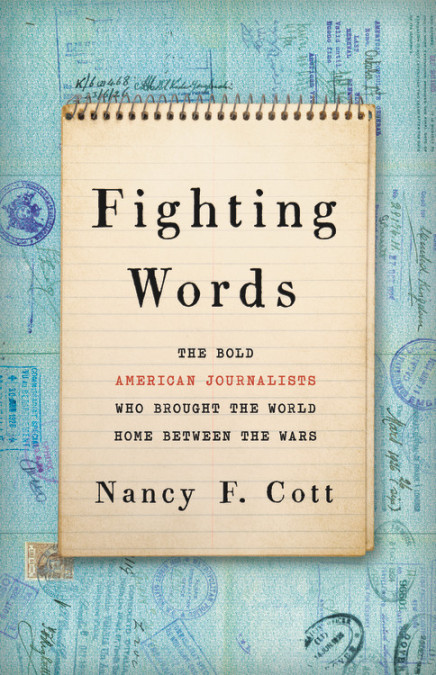 In the fragile peace following the Great War, a surprising number of restless young Americans abandoned their homes and set out impulsively to see the changing world. In Fighting Words, Nancy F. Cott follows four who pursued global news — from contested Palestine to revolutionary China, from Stalin’s Moscow to Hitler’s Berlin. As foreign correspondents, they became players in international politics and shaped Americans’ awareness of critical interwar crises, the spreading menace of European fascism, and the likelihood of a new war — while living romantic and sexual lives as modern and as hazardous as their journalism.

An indelible portrayal of a tumultuous era with resonance for our own, Fighting Words is essential reading on the power of the press and the growth of an American sense of international responsibility.