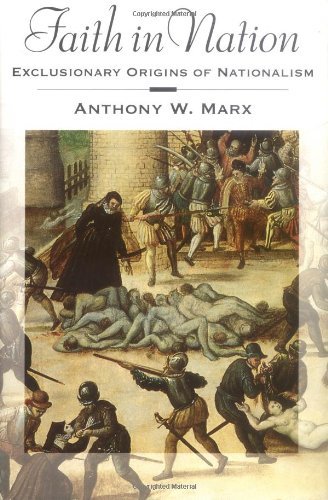 In a startling departure from the unquestioning liberal consensus that has governed discussions of nationalism for the past quarter century, Marx exposes the hidden underside of Western nationalism. Arguing that the true history of the nation began two hundred years earlier, in the early modern era, he shows how state builders set about deliberately constructing a sense of national solidarity to support their burgeoning authority. Key to this process was the transfer of power from local to central rulers; the most suitable vehicle for effecting this transfer was religion. Religious intolerance, specifically the exclusion of religious minorities from the nascent state, provided the glue that bound together the remaining populations. Exposing the West's idealization of its exclusionary past, Marx forcefully undermines the distinction between a Western nationalism that is civic and tolerant by definition and an oriental nationalism founded on ethnicity and intolerance.