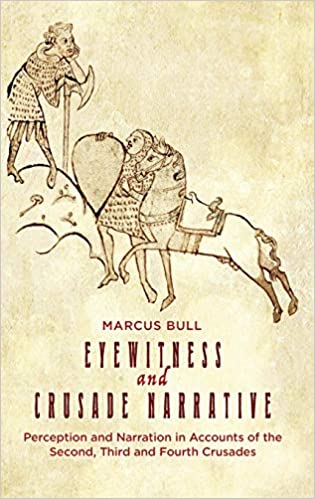 Eyewitness is a familiar label that historians apply to numerous pieces of evidence. It carries compelling connotations of trustworthiness and particular proximity to the lived experience of historical actors. But it has received surprisingly little critical attention.
This book seeks to open up discussion of what we mean when we label a historical source in this way. Through a close analysis of accounts of the Second, Third and Fourth Crusades, aswell as an in-depth discussion of recent research by cognitive and social psychologists into perception and memory, this book challenges historians of the Middle Ages to revisit their often unexamined assumptions about the place of eyewitness narratives within the taxonomies of historical evidence. It is for the most part impossible to situate the authors of the texts studied here, viewed as historical actors, in precise spatial and temporal relation to the action that they purport to describe. Nor can we ever be truly certain what they actually saw. In what, therefore, does the authors' eyewitness status reside, and is this, indeed, a valid category of analysis?
This book argues that the most productive way in which to approach the figure of the autoptic author is not as some floating presence close to historical events, validating our knowledge of them, but as an artefact of the text's meaning-makingoperations, in particular as these are opened up to scrutiny by narratological concepts such as the narrator, focalization and storyworld. The conclusion that emerges is that there is no single understanding of eyewitness runningthrough the texts, for all their substantive and thematic similarities; each fashions its narratorial voice in different ways as a function of its particular story-telling strategies.