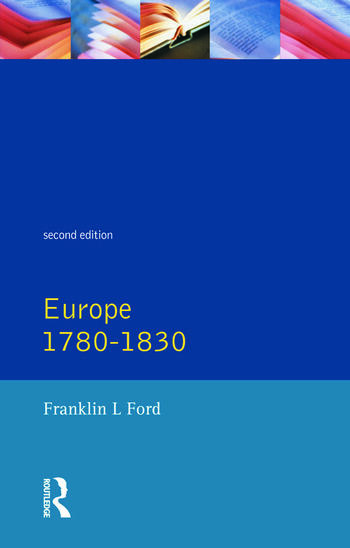 Europe 1780--1830 rapidly established itself as a standard introduction to European history in the age of the French Revolution and its aftermath when it first appeared. Now for the first time the book has been fully revised, updated and expanded. The half-century covered constitutes one of the most complex, eventful and rapidly changing of any in Europe's history. It is a period whose emphasis on conflict and political crisis combines daring innovation with the stubborn persistence of many older attitudes and patterns of human behaviour. Professor Ford explores these tensions throughout; and he gives his readers a powerful sense of the extraordinary energy, in every aspect of human activity, that characterised the time.