By Aristotle
Edited and translated by Michael Woods (NHC Fellow, 1990–91) 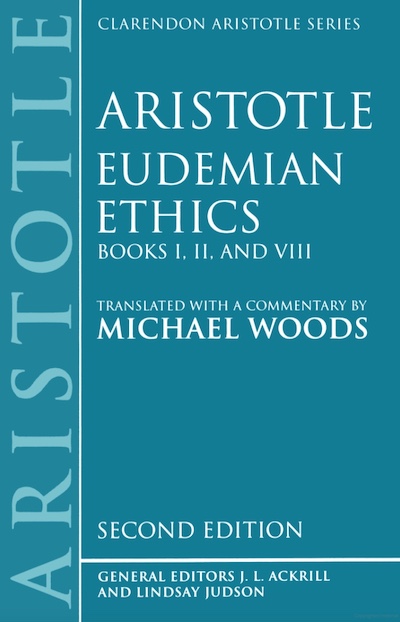 It has long been recognized that anyone seriously interested in Aristotle's moral philosophy will need to take full account of the Eudemian Ethics, a work still gravely neglected in favor of the better-known Nicomachean Ethics. The relation between the two continues to be the subject of lively scholarly debate. This volume contains a translation of three of the eight books of the Eudemian Ethics--those that are likely to be of most interest to philosophers today--together with a philosophical commentary on these books from a contemporary point of view. Intended to serve the needs of readers of Aristotle without a knowledge of Greek, this book's aim in translation has been to give as accurate an idea as possible of Aristotle's text; but for the benefit of those who are able to read the original, there are notes on the Greek text used for problematic passages.