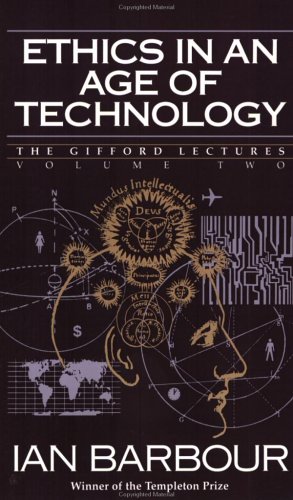 The Gifford Lectures have challenged our greatest thinkers to relate the worlds of religion, philosophy, and science. Now Ian Barbour has joined ranks with such Gifford lecturers as William James, Carl Jung, and Reinhold Neibuhr. In 1989 Barbour presented his first series of Gifford Lectures, published as Religion in an Age of Science, in which he explored the challenges to religion brought by the methods and theories of contemporary science. In 1990, he returned to Scotland to present this second series, dealing with ethical issues arising from technology and exploring the relationship of human and environmental values to science, philosophy, and religion and showing why these values are relevant to technological policy decisions. "Modern technology has brought increased food production, improved health, higher living standards, and better communications," writes Barbour. "But its environmental and human costs have been increasingly evident." Most of the destructive impacts, Barbour points out, come not from dramatic accidents but from the normal operation of agricultural and industrial systems, which deplete resources and pollute air, water, and land. Other technologies have unprecedented power to affect people and other forms of life distant in time and space (through global warming and genetic engineering, for example). Large-scale technologies are also expensive and centralized, accelerating the concentration of economic and political power and widening the gaps between rich and poor nations. In examining the conflicting ethics and assumptions that lead to divergent views of technology, Barbour analyzes three social values: justice, participatory freedom, and economic development, and defends such environmental principles as resource sustainability, environmental protection, and respect for all forms of life. He presents case studies of agricultural technology, energy policy, and the use of computers. Looking to the future, he describes the effects of global climate change, genetic engineering, and nuclear war and cautions that we must control our new powers over life and death more effectively. Finally, he concludes by focusing on appropriate technologies, individual life-styles, and sources of change: education, political action, response to crisis, and alternative visions of the good life.